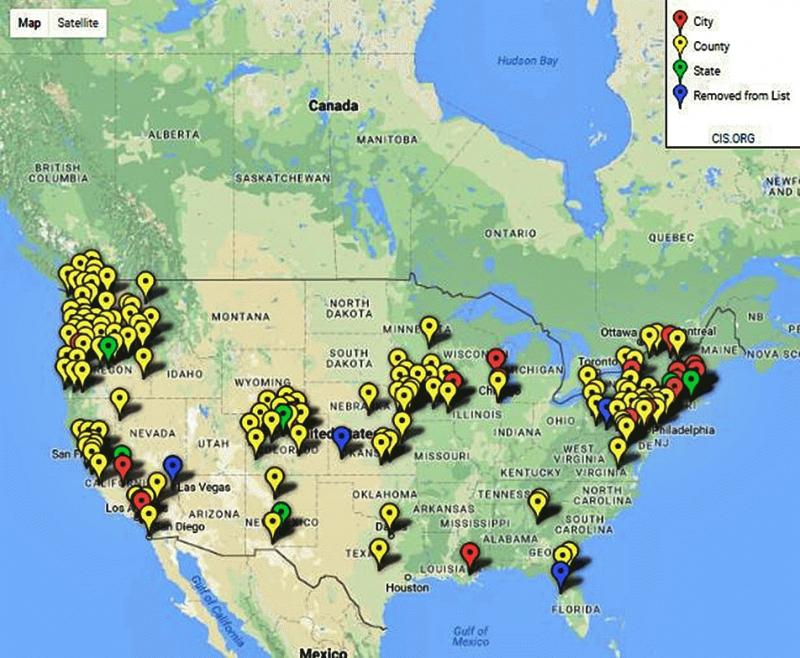 A federal judge in Chicago blocked the Trump administration’s rules requiring “sanctuary cities” such as Chicago and Los Angeles to cooperate with immigration agents in order to receive public safety grants.

The preliminary injunction by U.S. District Judge Harry Leinenweber, 80, and a Republican, applies to districts throughout the country.

JAG is administered by the Office of Justice Programs’ Bureau of Justice Assistance, and provides federal criminal justice funding to state, local and tribal jurisdictions. The funding is intended for a variety of areas such as personnel, training, equipment and supplies.

The U.S. Department of Justice announced in July that more than 200 sanctuary cities will be disqualified from receiving JAG grants if their noncompliance with U.S. Immigration and Customs Enforcement continues.

“Once such trust is lost, it cannot be repaired through an award of money damages, making it the type of harm that is especially hard to rectify” were he to wait until the lawsuit is settled, wrote Leinenweber in his 41-page ruling.

He also said Chicago had shown it will suffer “irreparable harm” in its relationship with the immigrant community if it were to comply with the Justice Department’s new standards.

Leinenweber said it was clear Sessions overstepped his authority by imposing the special conditions, in effect agreeing with Chicago’s argument the Justice Departments order was an attempt to usurp power from Congress over the country’s purse strings.

He noted that “efforts to impose them violate the separation of powers doctrine.”

Chicago Mayor Rahm Emanuel said the ruling is a national victory against the controversial immigration policies of President Donald Trump.

“I want to be clear, this is not just a victory for the city of Chicago,” said Rahm.

“It is a win for cities, counties and states across the country who also filed amicus briefs on behalf of our lawsuit, and also the business leaders who also stepped forward on our lawsuit.”

Emanuel also called the ruling “an affirmation of the rule of law.”

“It’s an assertion of our most fundamental American values, and it’s an unambiguous, clear rejection of the false choice that the Trump Justice Department wanted Chicago to make between our values, our principles and our priorities.”

The Department of Justice and Attorney General Jeff Sessions want to require sanctuary cities to give notice when immigrants in the country illegally are about to be released from custody and allow immigration agents access to local jails.