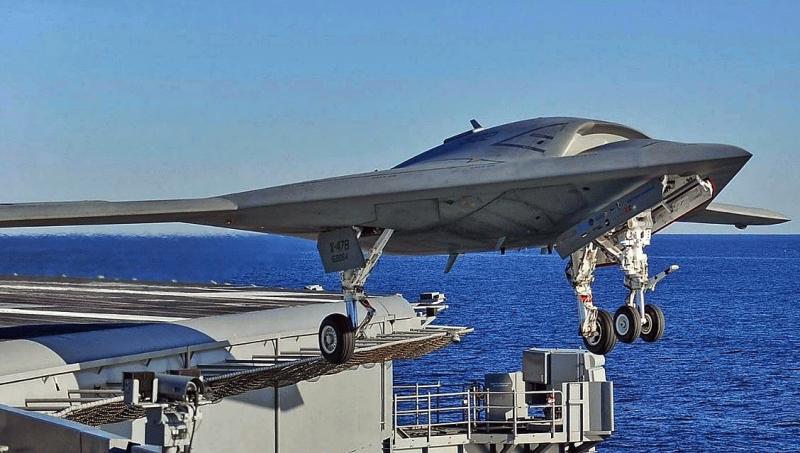 The U.S. Navy is advancing the operational use of the revolutionary MQ-25 aerial drone as its first robot tanker whose fuel stores will extend the range of carrier strike jets.

Washington, DC, United States (4E) – The U.S. Navy is advancing the operational use of the revolutionary MQ-25 aerial drone as its first robot tanker whose fuel stores will extend the range of carrier strike jets, and allow Navy carriers to operate well outside the effective distance of Chinese anti-ship ballistic missiles such as the land-launched DF-21D with a range of some 1,400 km.

The Navy said the MQ-25 will provide a robust organic refueling capability that will extend the range of carrier air wings. The MQ-25’s mission is “recovery tanking” in which it refuels planes flying in a fixed orbit around an aircraft carrier.

This method will allow Navy combat jets such as Boeing F/A-18E/F Super Hornets and Lockheed Martin F-35Cs to fly missions with enough fuel to return to their mother carriers.

The Navy originally intended to deploy the MQ-25 aboard its Nimitz-class carriers in 2019. It’s trying to accelerate that date to 2018.

The first MQ-25s are set to be deployed off of aircraft carriers USS Dwight D. Eisenhower (CVN-69) and USS George H.W Bush (CVN-77). MQ-25s will later be used on intelligence-gathering and surveillance missions.

Prototypes of the carrier-launched refueling drone are now flying.

The Government Accountability Office (GAO) plans to spend more than $2 billion for the MQ-25 system and other unmanned fueling drone systems. Northrop Grumman, General Atomics, Boeing and Lockheed Martin have all been awarded contracts for the MQ-25 system.