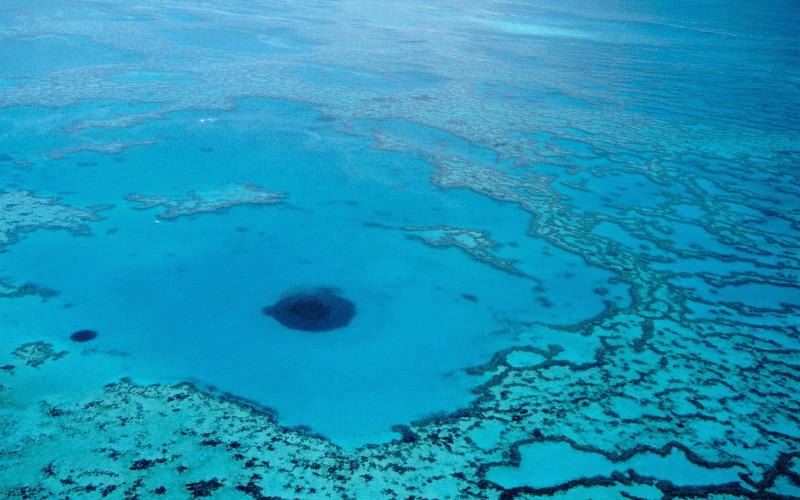 Marine biologist Johnny Gaskell accidentally discovered a “Blue Hole” in the heart of the Great Barrier Reef.” The discovery may lead to a new understanding of the reef’s diversity and resilience against several coral bleaching and cyclones.

A “Blue Hole,” is “an underwater sinkhole formed by the erosion of carbonate rocks and appears as a dark blue circle in the ocean.”

Large vertical caves are created when soluble rocks like limestone, dolomite, and gypsum are dissolved either by rainwater or streams. These holes were submerged when sea level rise due to the melting of glaciers.

Because of the water depth, these holes “appear darkish blue because of greater absorption of sunlight which increases with the increase in depth.”

These holes become a place in the sea where special plant and animal thrive amid the harsh conditions of the environment.

Gaskell had formed his team to explore what is in that underwater hole.

The marine biologist, in his Instagram post, said: “at around 15m-20m deep there was huge Birdsnest Corals (Seriatopora) and super elongate Staghorn Corals (Acropora).”

Both Birdsnest and Staghorn, according to Gaskell, were among “the biggest and most delicate colonies I’ve ever seen.”

He said he had a hard time to believe what he saw because the Great Barrier Reef was hammered by Cat 4 cyclone five months ago.

The “Blue Hole,” he said, was “totally unaffected by the cyclone” and coral bleaching.

“The position of this deep hole within the lagoon walls has obviously protected these corals for decades,” he said.