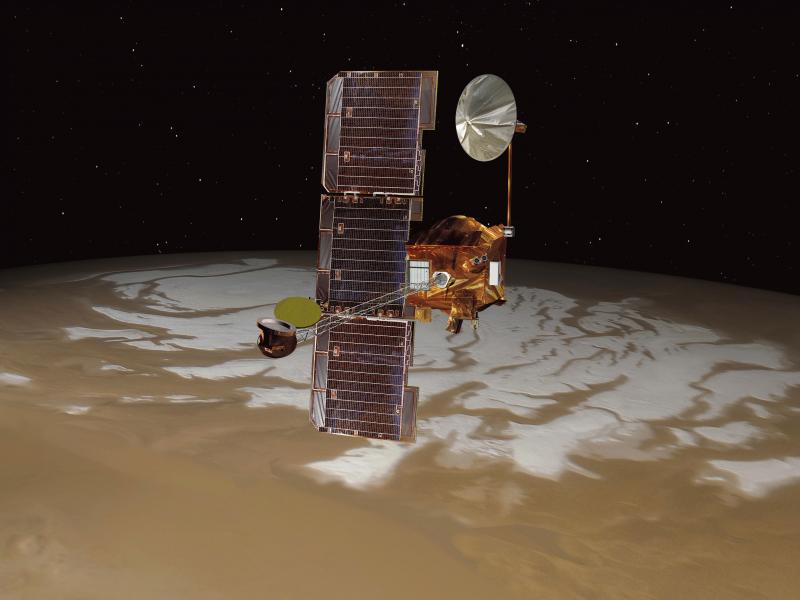 Researchers have found that the old data from NASA’s Odyssey orbiter and Phoenix Mars rover point to the possibility of ice on Mars’ equator. The findings, if confirmed, would help shape future manned mission to the Red Planet.

Laurel, MD, United States (4E) – Scientists have uncovered from old data the possibility of the existence of ice on Mars’ equator which could help shape the future human mission to the planet. They admitted, however, more evidence is needed to confirm it.

The researchers from Johns Hopkins University Applied Physics Laboratory in Maryland said a closer study of the data obtained by NASA’s Mars Odyssey orbiter in 2002 and 2009 suggest that there is ice beneath the Red Planet’s equator.

There appears to be hydrogen, which at higher latitude indicates the presence of buried ice.

“It was as if we’d cut the spacecraft’s orbital altitude in half, and it gave us a much better view of what’s happening on the surface,” lead researcher Jack Wilson in a statement published in Space.com said. Wilson is a postdoctoral researcher at the Johns Hopkins University Applied Physics Laboratory.

The new findings, once confirmed, could help shape the future of manned mission to Mars. This means the astronauts in Mars can live without worrying about water for drinking, to cool equipment, to water plants. It could substantially cut the cost of bringing water from the Earth.

Mars Odyssey spacecraft first reported the possible presence of water in 2002. The data from the spacecraft further indicate that higher level of hydrogen was present in higher places.

Phoenix Mars rover also confirmed in 2008 the presence of water ice on the Red Planet’s surface. The amount of hydrogen in lower places was reported due to the presence of hydrated minerals. The researchers said water ice is not stable at lower altitudes.

Also, the researchers had reconstructed the image by reducing the blurring of the data from the Odyssey that improved the spatial resolution to 180 miles (290 kilometers) from the 320 miles (520 kilometers) resolution.

The researchers zeroed in on the areas along the equator, in areas near the Medusae Fossae zones where materials of volcanic origin or water ice are possibly present.

Wilson said other scientists did not buy the idea that it was water ice.

The researchers admitted, however, that more works are needed to safely conclude that the indicators are that really of water ice because it cannot yet be explained how it was preserved for thousands of years.

It is possible, they said, the water ice is no longer there anymore.

It remains a mystery at present that deserves further study as the Red Planet “continues to surprise us,” Wilson said.