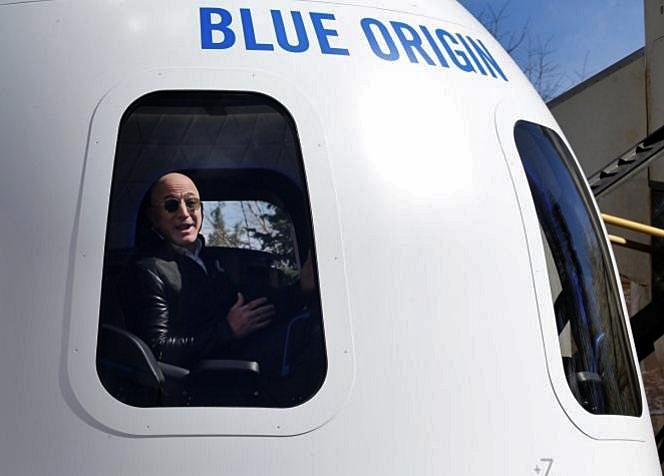 But, in a hint of caution Blue Origin, warned “we will fly humans when we’re ready, and not a moment sooner.” That means Bezos will have his way.

“Within the next 18 months we’re going to be launching humans into space,” said Blue Origin CEO Bob Smith.

“These won’t be astronauts … These will be everyday citizens.”

They’ll just be taken to the edge of space where they’ll experience weightlessness and take incredible selfies and photos of the blue Earth below for less than 10 minutes.

The goal of Blue Origin is to make it cheap for the average American paying customer to enjoy spaceflight. That won’t happen unless Blue Origin makes the cost of a ticket well and truly affordable.

And Blue Origin hasn’t revealed how much money its two pioneering space tourists paid for the privilege of zooming briefly into LEO.

The next step in Blue Origin’s grand plan to conquer LEO is to build a mammoth launch vehicle called New Glenn capable of competing against SpaceX in launching communication and military satellites into orbit.

The factory that will build New Glenn will likely be completed by the end of the year. Years of ground testing will follow until the first actual launch of New Glenn in 2020.