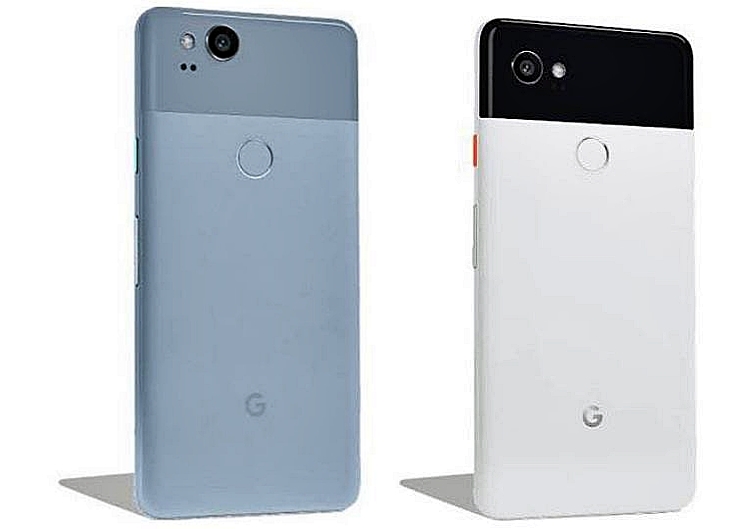 “Leaks” (likely an intentional reveal, in this case) have blown the lid off Google’s four devices set to make their worldwide debut on Oct. 4 – two new Android smartphones; a teensy smart speaker and a pricey, feature-laden laptop.

Instead of the usually hazy photos or renders of new devices that seem to be the norm, the images of these four Google units are crisp and detailed. The info about them is also more than should be expected. And we’re supposed to believe in leaks.

No one’s complaining, however, not with the Christmas holidays almost upon us. And what has Google got in store for our Christmas stockings?

Pixel 2 specs reveal a phone with an extra widescreen AMOLED display and a 18:9 aspect ratio. On the inside, the Pixel 2 packs Qualcomm Snapdragon 835 processors; 4GB of RAM and stereo speakers.

It’s also got new pressure sensitive sides that let you squeeze the phone to perform certain functions. It comes with a refreshed version of Google’s Daydream VR headset.

The colors are Kinda Blue, Just Black and Clearly White.

Google Pixelbook, which some have taken to calling the new Chromebook Pixel, looks like a Google-branded Surface Book running Chrome OS.

The big difference between the new Pixelbook and Google’s previous Chromebooks is the new guy has a 360 degree hinge that transforms it into a tablet. It also features a touch-sensitive screen with built-in stylus support.

Google Home Mini is a $49 smart speaker that features a hard plastic base with a cloth mesh top. It will come in three colors: charcoal, gray and coral.