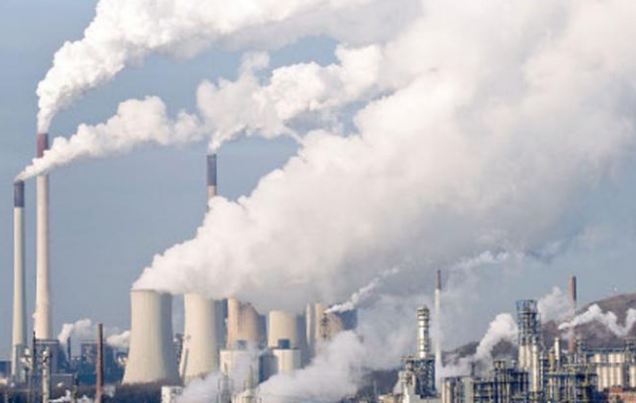 The only solution to keeping the Earth habitable over the next centuries will be to spend trillions of dollars to develop technologies which remove excessive amounts of carbon dioxide from the atmosphere, argues a new study published recently in the journal, Earth System Dynamics.

New York City, New York, United States (4E) – The only solution to keeping the Earth habitable over the next centuries will be to spend trillions of dollars to develop technologies that remove excessive amounts of carbon dioxide from the atmosphere, argues a new study published recently in the journal, Earth System Dynamics.

The world is now past the point where limiting CO2 emissions will have a beneficial effect on the climate, claims James Hansen, study lead author and former NASA chief climate scientist.

The study said the longer we pour CO2 (a greenhouse gas) into the atmosphere, the closer we condemn the next generation to an unmanageable climate problem.

Because of the massive amount of CO2 being emitted today, merely reducing greenhouse gas emissions as mandated by the Paris Agreement may no longer be enough. The agreement aims to limit global temperatures within 2.7 to 3.6 degrees Fahrenheit of their pre-industrial levels.

The only viable long-term solution to keep the Earth’s climate within safe limits will be to develop special technologies aimed at removing large amounts of CO2 from the atmosphere. These “negative emissions” technologies and other special methods for removing CO2 will cost trillions of dollars but without them, life on Earth will face dire threats to its existence.

The study calls for lowering atmospheric CO2 levels from their current concentration of more than 400 parts per million to about 350 parts per million by the end of the century. If successful, this achievement will bring global temperature closer to a 1 degree threshold rather than 1.5 or 2 degrees, according to the study.

The study argued the world has already exceeded its self-imposed limits on global warming. CO2 levels in Earth’s atmosphere passed the symbolic 400 parts per million threshold in 2016, making it very unlikely pollution in the atmosphere will drop below those levels in our lifetime.

The study said we now need to take steps to physically remove 12.5 percent of the CO2 from the atmosphere, an impossible task given present technologies.

The effort, however, can start with low-cost agricultural measures such as planting trees. More exotic and expensive methods will include carbon-capture technologies and the development of a “carbon-sucking’ infrastructure.”

The study estimates these processes could cost up to $535 trillion this century, but the consequences for doing nothing tantamounts to a death sentence.