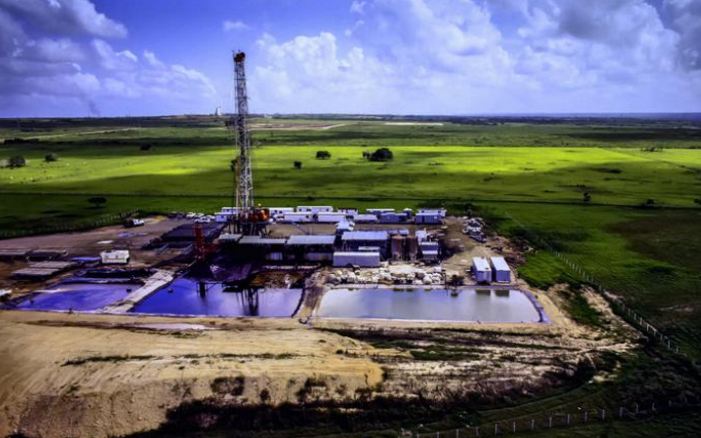 A new study confirms that fracking or hydraulic fracturing, while producing less greenhouse gas emissions than technologies like coal, nonetheless pollutes the environment with toxic wastewater that might have harmful effects on humans.

Phialdelphia, PA, United States (4E) – A new study confirms that fracking or hydraulic fracturing, while producing less greenhouse gas emissions than technologies like coal, nonetheless pollutes the environment with toxic wastewater that might have harmful effects on humans.

The study by the University of Pennsylvania also shows that tough federal government regulations meant to limit the damage to the environment inflicted by fracking does work and should be continued.

The U.S. Energy Information Administration said fracking accounted for more than one-half of U.S. oil production and two-thirds of U.S. gas production in 2015. That percentage is expected to rise as more states begin to resort to fracking.

At the top of the list of dangers from fracking is the wastewater it produces, which contains a multitude of potentially hazardous contaminants. Pennsylvania’s unconventional gas wells produced nearly 1.7 billion gallons of wastewater in 2015.

Facilities that treat wastewater before its release, however, provide only limited treatment, leaving many of the pollutants intact.

Penn State environmental engineering professor Bill Burgos and his colleagues studied sediment samples collected from a reservoir in western Pennsylvania to gain a better understanding of the impact these contaminants have on the environment.

The objective of the study was to gain a better understanding of the historical impact of oil and gas wastewater disposal using the sediments that had built up to reconstruct the industrial oil and gas activity that occurred during the boom of the Marcellus Shale development in Pennsylvania from 2008 to 2015.

Researchers chose the Conemaugh River Lake in western Pennsylvania since this site offered high wastewater concentration and low wastewater dilution, as well as a dam-controlled reservoir. Xiaofeng Liu, assistant professor of civil engineering, developed a computer model to reconstruct the layers of sediment in order to identify the best sampling location.

Once the location was decided, the team began collecting samples.

In collaboration with Colorado State University, researchers looked for high radioactivity signatures and measured the pore water and the radioisotopes to determine the age of the sediments. They also tested the major mineralogy, particle size and grain size in an effort to develop a full profile.

“These are contaminants that passed through these centralizedwaste treatment plants, and they can be transported great distances,” Burgos said.

Though the findings show long-term contamination of Pennsylvania watersheds, researchers said the effects on the environment and human health are still unknown and difficult to assess.