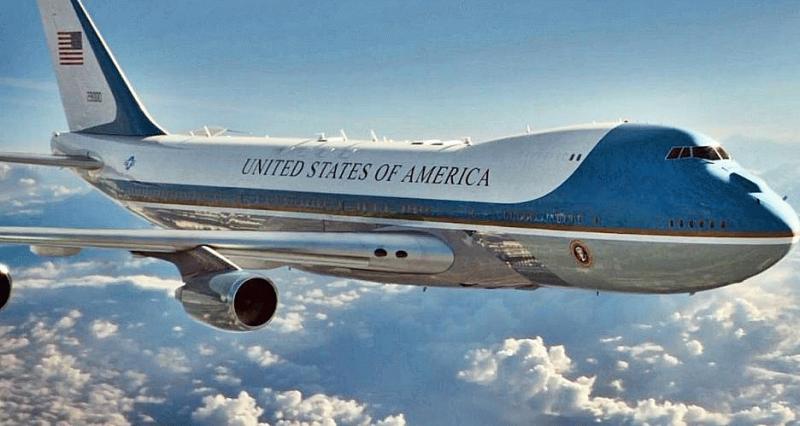 Now we know why U.S. President Donald Trump wants the two new Air Force One presidential aircraft to be much bigger than the existing models. And much more expensive than the two existing planes.

Washington D.C., United States (4E) – Now we know why U.S. President Donald Trump wants the two new Air Force One presidential aircraft to be much bigger than the existing models. And much more expensive than the two existing planes.

Trump’ can’t abide the Emir of Kuwait having a plane bigger than the existing Air Force One. And Trump’s push for having the new presidential planes up and flying ASAP seems to indicate his confidence he’ll win re-election in Nov. 2020.

Why? The two new Air Force Ones won’t begin flying until 2024. So, Trump can’t fly the new planes unless he’s president.

The Emir of Kuwait, Sheikh Sabah Al Ahmad Al Sabah (who visited the U.S. and met with Trump in September), flies on a customized Boeing 747 over 30 meters longer than Air Force One.

Trump admitted he was “very impressed by the Emir’s plane but noted that it was longer than his — maybe even by 100 feet.”

The new “Flying White House” is a Boeing 747-8, the largest 747 version. The Boeing 747-8 is also the largest commercial aircraft built in the United States and the longest passenger aircraft in the world. This third generation Boeing 747 features a lengthened fuselage, redesigned wings and improved efficiency.

A VC-25 is equipped with both secure and unsecure phone and computer communications systems, enabling the president to perform duties while airborne, in the event of a nuclear attack on the United States. It also has defensive systems such as flares and radar jammers.

One analyst said the main factor boosting the price tag of an Air Force One is the costly modifications and equipment on these unique aircraft.

Trump has boasted he saved the country over a billion dollars by tweeting the new Air Force Ones were overpriced. His desire to have supersized planes much bigger than the Emir of Kuwait’s means the U.S. will spend a lot more than a billion dollars.