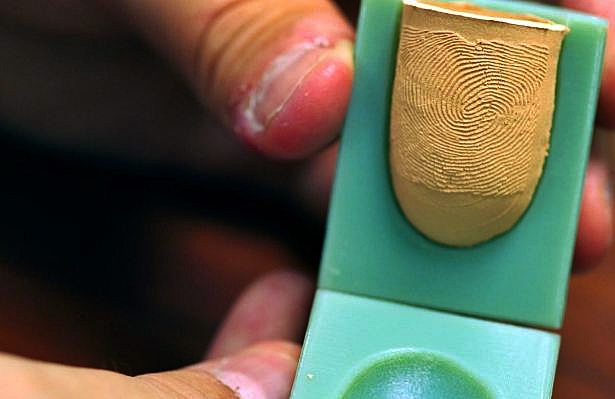 Lansing, MI, United States (4E) – Michigan State University researchers have launched a project to determine how secure fingerprint recognition systems really are. They also want to find out how to determine if the finger being used is actually a human finger.

These are among the most important problems facing fingerprint recognition systems today and MSU biometric expert Anil Jain (a University Distinguished Professor) and his team are working to answer these questions.

In an effort to test and help solve this problem, Jain and doctoral student Joshua Engelsma have, for the first time, designed and built a fake finger containing multiple key properties of human skin.

Commonly called a spoof, this fake finger was used to test two of the predominant types of fingerprint readers to help determine their resilience to spoof attacks.

The fake finger developed at MSU was made using a combination of carefully chosen materials. These materials include conductive silicone; silicone thinner and pigments. The entire fabrication process, which used a molding and casting technique, was designed and implemented by the team.

Synthetic fingers will be used for testing the recognition accuracy between different types of fingerprint readers. Readers differ based on the type of sensors used to record the digital fingerprints, such as optical (using light rays to capture an image) or capacitive (using electrical current to create an image).

“What makes our design unique is that it mimics a real finger by incorporating basic properties of human skin,” said Jain.

“This new spoof has the proper mechanical, optical and electrical properties of a human finger. Compared to current fake fingers that only contain one or two of these properties, our new version could prove much more challenging to detect. It will help motivate designers to build better fingerprint readers and develop robust spoof-detection algorithms.”

Jain and his team have begun work on the next phase of this research: designing and building a fingerprint reader to test spoof-detection capabilities.