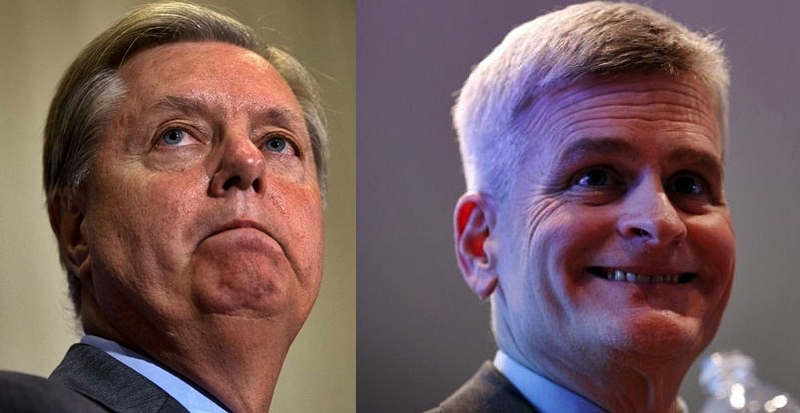 As was widely expected, the latest attempt by the Republican Party to repeal Obamacare (officially the 2010 Affordable Care Act) failed in the U.S. Senate.

Washington D.C., United States (4E) – As was widely expected, the latest attempt by the Republican Party to repeal Obamacare (officially the 2010 Affordable Care Act) failed in the U.S. Senate.

This failure will be the last attempt this year by Republicans to trash the popular law that provides healthcare coverage to over 20 million Americans.

The GOP’s seven-year record of failure in repealing Obamacare continued on Sept. 26 when it became clear they didn’t have the 50 votes needed to repeal the law. The bitter defeat again means Republicans have failed to fulfill their enduring promise to roll back former Democratic President Barack Obama’s great domestic accomplishment.

In this latest defeat, Republicans were again unable to win enough support from their own senators for a bill crafted by Sen. Lindsey Graham (R-SC) and Sen. Bill Cassidy (R-LA) that would have repealed Obamacare.

This last-ditch attempt to do away with Obamacare had to succeed before the GOP’s power to pass health care legislation along a party-line vote in the Senate ends on Sept. 30.

On Sept. 26, Senate Republicans said they won’t vote on the Graham-Cassidy bill, dealing a devastating blow to President Donald Trump and GOP lawmakers who tried to make a last-ditch attempt to deliver on the party’s seven year-long campaign promise.

Senate Majority Leader Mitch McConnell (R-KY) announced the decision at a lunch with fellow Republicans on Capitol Hill, saying it had become clear Monday night they didn’t have the votes.

“We haven’t given up on changing the American health care system. We are not going to be able to do that this week,” said McConnell.

“But it still lies ahead of us, and we haven’t given up on that.”

The Graham-Cassidy bill plans to replace Obamacare’s tax subsidies with block grants; end Obamacare’s individual insurance mandate and cap its Medicaid expansion. It would also have given states greater control over the hundreds of billions of dollars the federal government spends annually on health care.

McConnell said he’d bring the bill to the floor if there are clear indications Republicans have the votes to kill Obamacare.

That hope was dashed when Sen. Susan Collins (R-ME), a moderate Republican, complained the Graham-Cassidy bill will gut the Medicaid program for the poor while weakening consumer protections.

The non-partisan Congressional Budget Office (CBO) said the number of people with health insurance covering high-cost medical events will be slashed by millions if Graham-Cassidy had become law.

CBO also found that federal spending on Medicaid would be cut by about $1 trillion from 2017 to 2026 and that millions of people would lose their coverage in the program, mainly from a repeal of federal funding for Obamacare’s Medicaid expansion.

Sen. Rand Paul (R-KY), a conservative Republican who said he’s vote against the Graham-Cassidy bill, said the bill left too many of Obamacare’s regulations and spending programs in place.

Republicans hold a slim 52-48 majority in the Senate and at least three of their senators — Collins, Paul and McCain – have said they won’t vote for Graham-Cassidy.

With the stinging defeat of their latest attempt to repeal Obamacare, Republicans have yet to achieve any major domestic policy successes in Congress this year despite controlling both houses of Congress and the presidency.

This failure will hurt their efforts to retain control of the Senate and House of Representatives in the November 2018 congressional elections. Historically, the party in power loses the mid-term elections.

Republicans widely view Obamacare, which provides coverage to 20 million Americans, as unwarranted government overreach. On the other hand, Democrats fiercely defend Obamacare, saying the law has extended health insurance to millions of Americans.