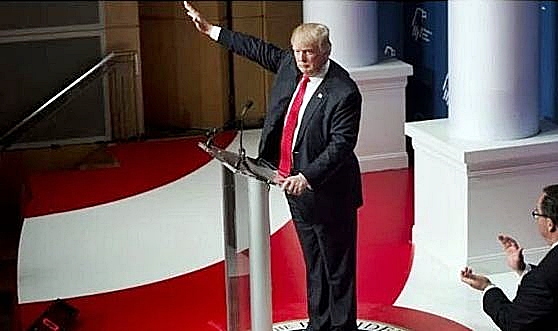 A nationwide survey revealed that 56 percent of U.S. voters say billionaire Donald Trump is unfit to serve as U.S. president while 42 percent have an opinion to the contrary.

New Haven, CN, United States (4E) – A nationwide survey revealed that 56 percent of U.S. voters say billionaire Donald Trump is unfit to serve as U.S. president while 42 percent have an opinion to the contrary.

The independent Quinnipiac University Poll released a few days ago also showed 57 percent of the 1,412 voters surveyed nationwide disapprove of the job Trump is doing as president, while 36 percent had the opposite opinion.

By a 2 to 1 margin, voters disapproved of Trump’s handling of race relations.

On the other hand, African-American voters overwhelmingly thought Trump was not fit, by 94 percent to only four percent.

Sixty percent of Hispanics say Trump is unfit as against 40 percent who hold the contrary view.

American women believe by a 63 percent to 35 percent margin Trump is not fit to be president. On the other hand, American men were split 49 percent to 49 percent on Trump’s fitness to hold the office of president.

Fifty-one percent of respondents said they are embarrassed to have Trump as president while 27 percent said they were proud of the real estate mogul with a penchant for mindless tweeting.

Trump is doing more to divide the country than to unite the country, said American voters by a 60 percent to 35 percent margin.

The anti-Twitter sentiment remains high as voters say 69 percent to 26 percent that Trump should stop tweeting. No party, gender, education, age or racial group wants to follow Trump on twitter.

“There is no upside,” said Tim Malloy, assistant director of the Quinnipiac University Poll.

“With an approval rating frozen in the mid-thirties; his character and judgment questioned, president Donald Trump must confront the harsh fact that the majority of American voters feel he is simply unfit to serve in the highest office in the land.

“A divider responsible for the deepening chasm of racial discord. That is the inescapable characterization of president Trump from voters who see race relations deteriorating on his watch.

“Weary and wary of the Twitter-happy president’s blizzard of provocative tweets, voters say dump the device for good,” said Malloy.

60 – 38 percent that he does not have good leadership skills;

56 – 42 percent that he does not care about average Americans;

On the other hand: