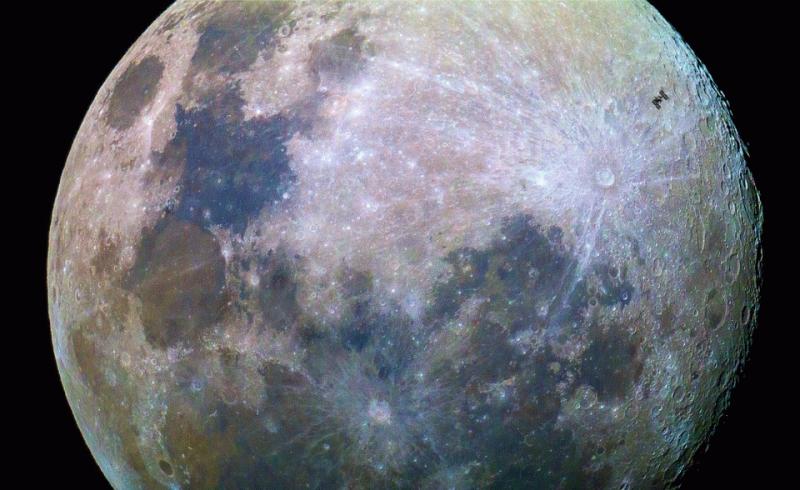 An astrophotographer has captured October 4 the silhouette of the International Space Station on the lunar surface.The image of ISS crossing the moon’s surface is one of the beautiful pictures captured by an Earth-bound lens.

Edgewater, NJ, United States (4E) – The International Space Station has joined the spectacular sky show on the eve of this year’s Harvest Moon as it crosses the near-full moon’s surface. The event – one of the most beautiful spectacle – was captured by astrophotographer Alexander Krivenyshev on the evening of October 4.

In a photo published by Space.com, Krivenyshev, president of the WorldTimeZone.com, was able to snap at the silhouette of the ISS on the lunar surface for a fleeting 0.86 second.

Krivenyshev, an amateur astronomer, is known for his bizarre snap of the celestial events. He was also able to capture the shadow of the ISS crossing the sun’s surface on June 13, 2016.

Seeing the ISS as it crosses the lunar surface from Earth’s view is like witnessing an eclipse. Viewed from the moon, the ISS had cast its shadow literally on the moon. And this happens a day before the rising of the October Harvest Moon.

The October Harvest Moon was opened by another celestial show when Mars and Venus kissed before the day breaks. The morning show – Venus appeared to be passing above Mars by mere half a degree – was one of the rarest conjunctions between the two planets before Venus left Mars to meet Jupiter for a November 13 early morning rendezvous in the sky.