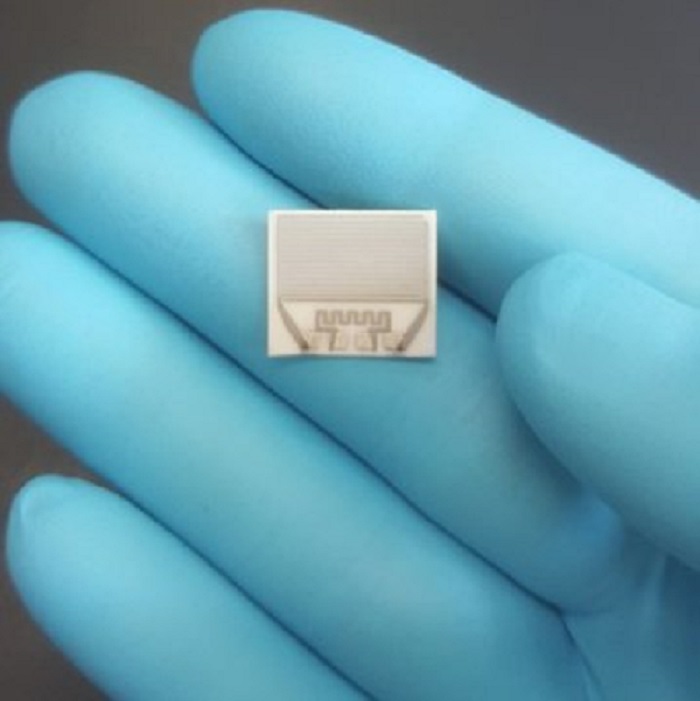 A group of researchers in Zurich, Switzerland has developed a nanochip that would measure the level of lipid metabolites, the most volatile of which is acetone, in the air exhaled by a person. The chip, once available in the market, will make monitoring how much fats are burned during exercises easier.

Zurich, Switzerland (4E) – It is not just giving away clue of alcohol intoxication. Breath can also tell when the human body is burning fat or not. This after a group of researchers has developed a small gas sensor capable of measuring the presence of lipid metabolites in the air exhaled by a person.

“When burning fat, the body produces by-products that find their way into the blood,” Andreas Güntner, a postdoctorate in the group of ETH Professor Sotiris Pratsinis, said.

When the body burns fat by way of exercises, the molecules of the lipid metabolites – especially the most volatile known as acetone – would enter the air exhaled by a person. Güntner and his team had developed a very sensitive sensor that can detect an acetone molecule in hundred million molecules. To ensure its reliability, the gas sensor would measure the acetone molecules only but the 800 or more volatile components present in exhalations.

“We were able to show how the acetone concentration in the exhalations varies greatly from person to person,” Güntner said.

He said the measurements, although it varies with different individuals, showed that lipolysis only starts towards or around the end of the one-and-a-half-hour endurance training. The results only confirmed the long-held view that a person would start burn fats only after reaching a certain period of endurance training.

The measurements, according to Güntner, are in agreement with the bio-markers of beta-hydroxybutyrate in the blood of the volunteers. Traditional lipolysis involves the monitoring of bio-markers in the blood or urine samples.

The sensor used in the study – a chip coated with a porous film of special semiconducting nanoparticles – is almost the same size of the one-cent euro. The researchers, however, are planning to refine the technology in order to come up with a smaller sensor, which will come handy for people on the go.

“This would allow athletes and people who want to lose weight to check for themselves when their bodies begin to burn fat so that they can optimize their training regimen,” Güntner said.

Prior to this chip, measuring acetone was already possible. One of which is the mass spectrometer. But this instrument, aside from being large, is very expensive. The existing portable acetone breath test, on the other hand, can only be used once and it will take some time to obtain the results.

“Our technology has the major benefit of being inexpensive, manageable and yet highly sensitive – plus it can take measurements in real time,” he said.