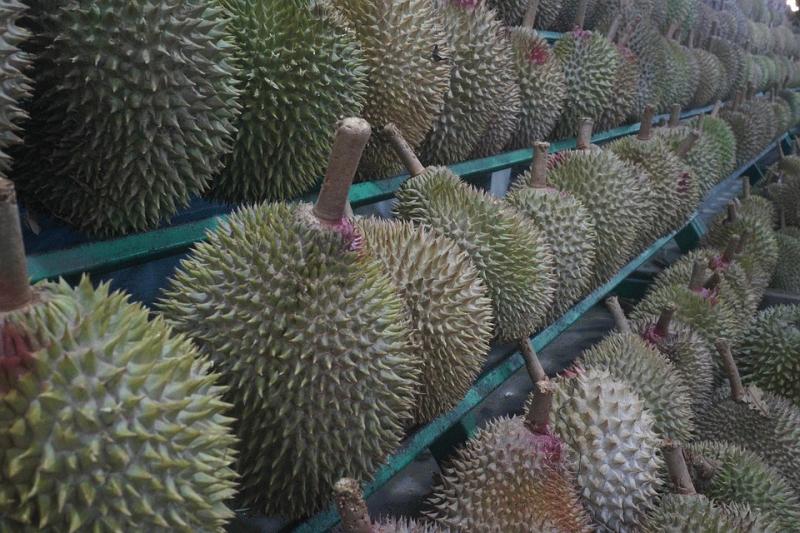 A team of researchers from Southeast Asia has unlocked the secret why Durian has a repulsive and pungent smell. The findings could lead in developing a new Durian that stinks less.

Singapore (4E) – No other fruit could get near the pedestal of Durian, hated by most yet loved by many for one reason – its pungent and repulsive smell. But researchers from Singapore, Hong Kong, and Malaysia have discovered the reasons why Durian has earned its very unflattering description.

The researchers, in a paper published in the journal Nature, said they have completed mapping the fruit’s DNA that reveals what is behind its odor no other fruits could match.

Durian’s distinctive odor, according to researchers, has its origin on a set of plant DNA called methionine gamma lyases (MGLs). This DNA is often associated with the production of sulfur-containing compounds, which partly explains why some people can smell a whiff of sulfur in the fruit’s aroma.

Famously notorious, Durian, weighing as much as seven pounds (three kilograms) and can be as large as 12 inches long (30 centimeters), is not even allowed in most famous hotels in some Southeast Asian countries.

In studying the “king of all fruits,” that is the less popular title of Durian, the researchers had collected samples of at least 30 fruit species from Malaysia, Thailand, and Indonesia. The collected samples include the popularly bitter Musang King, and the sweet Durian variety called Monthong.

In each of the 30 species, the researchers had studied its DNA which leads to the identification of some 45,000 genes in the process.

The researchers found out that Durian has shared many of its DNA with cacao and cotton, which affinity makes the king of fruits belonging to Malvales family.

“The Durio genus comprises more than 30 known species, some of which do not produce edible fruit and others that are outcompeted in nature and face extinction,” the researchers said.

The geneticist said their findings could be used to improve the fruit’s variety that can make it more lovable and agreeable too.

“Further studies will help to elucidate the ecological roles of these important and fascinating tropical plants,” the authors of the study said.