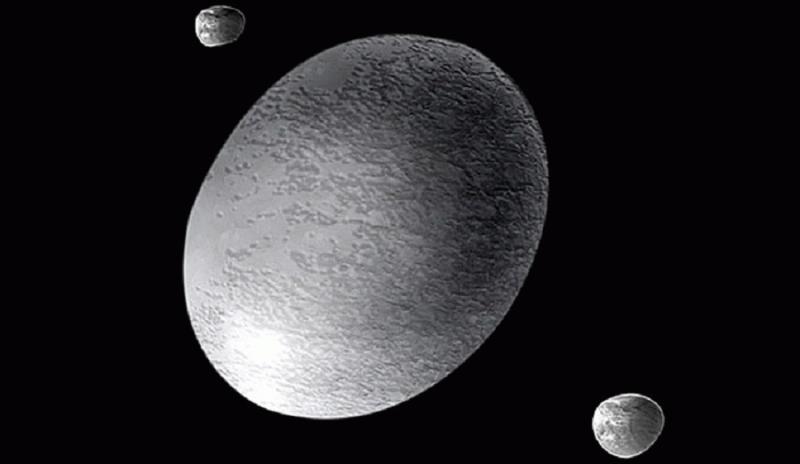 Scientists from the Institute of Astrophysics in Granada, Spain have spotted a ring around the dwarf exoplanet Haumea.The discovery disrupts what was being thought of in the past: only giant planets can have rings.

Mountain View, CA, United States (4E) – Rings are not only for the giant planets, the dwarf exoplanets can have it, too. This after the scientists at the Institute of Astrophysics in Granada, Spain had spotted a ring of particles orbiting around the small exoplanet, Haumea.

Until this discovery, it was thought that only the giant planets in the solar system – Saturn, Jupiter, Neptune, and Uranus – can have rings. The discovery of Haumea’s ring disrupts this long-held view.

“This discovery does disrupt that tidy narrative,” Matthew Tiscareno, who is studying the ring of Saturn, said. He is from the SETI Institute in Mountain View, California.

“Reality is more complicated,” he said. But he is a member of the team behind the discovery of Haumea’s ring.

The discovery of the ring around the egg-shaped dwarf planet could also mean that “rings can be common” among planets after all.

“It now appears that rings can be common in the outer solar system,” astrophysicist Jose-Luis Ortiz said.

Ortiz and his colleagues trained the 12 telescopes at 10 observatories on January 12 on the icy region beyond Neptune known as Kuiper Belt. During the observation, they watched Haumea as it blocked the light of background stars – a small eclipse that enabled them to determine the planet’s shape, size, and its immediate environment.

In a report outlined in the journal Nature on October 11, Ortiz and his colleagues said their measurement of the dwarf planet revealed that it is larger and less dense than previously held. The egg-shaped planet, it turned out, has its long axis measures about 2,322 kilometers (3,877 miles).

They had observed further the flickering of the stars beyond Haumea even before their lights were blocked by the dwarf planet during the eclipse. The flickering of lights of the background stars, according to the team, is consistent with an observed 70-kilometer (117-mile) wide ring around Haumea. Measurements showed that this ring is about 1,000 kilometers (1,670 miles) above the planet’s surface.

Ortiz said this ring is probably composed of icy rocks and debris from space rocks collision. It also possible that these rocks are hurled by the planet itself as it spins around. The dwarf planet spins very fast, completing its rotation every 3.9 hours.