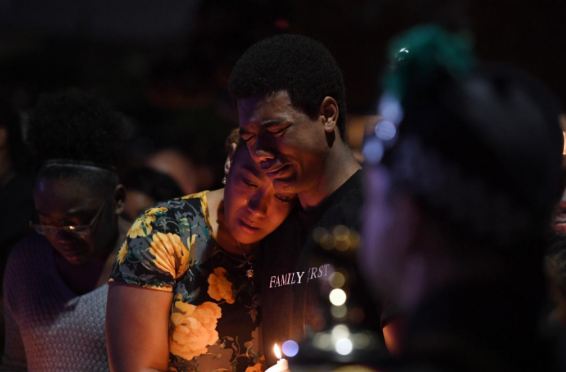 Bloomington, IN, United States (4E) – African-Americans are disproportionately affected by homicide and a new study now shows homicide is the largest contributor to potential years of life lost among African-Americans.

In contrast, homicide was the 12th highest contributor to potential years of life lost for white Americans, said a study published and conducted by researchers at the Indiana University School of Public Health-Bloomington.

Potential years of lost life is the number of years a person would have lived had they not died of a particular cause.

The amount invested in homicide research is dramatically underrepresented in public health, according to Molly Rosenberg, lead author of the study and an assistant professor in the IU School of Public Health-Bloomington.

“Homicide is, unfortunately, a common cause of premature death, and black Americans are more likely to be affected by homicide than white Americans,” said Rosenberg.

“Homicide-related deaths in America, most of which are caused by firearms, constitute a public health crisis. Yet when we look at what kind of public health research gets funded and published, we find homicide to be conspicuously absent.

“The top causes of death that impact the health of white Americans, on the other hand, are much better represented in public health research and funding.”

Research on heart disease, white Americans’ No. 1 cause of potential years of life lost, received 341 grants and almost 600 publications during 2015. On the other hand, research on homicide received just a handful of federal grants and publications.

The IU study reviewed all deaths of white and African-Americans in 2015 and calculated the potential years of life lost for each of 31 causes of death.

The study was better able to capture the loss of human potential as well as the burden of premature deaths by reviewing potential years of life lost instead of simply number of annual deaths. In addition to the emotional and psychological devastation of a homicide, premature death can have long-lasting economic consequences.

“If we look at the estimated value of remaining lifetime productivity for a 31-year-old American, which is the average age of death for black Americans killed by homicide, it’s more than $1.5 million,” said Rosenberg.

“The more premature a death, the greater the loss in economic productivity for the family, community and society. This loss of human potential can push families into poverty and societies toward heightened inequality.”

The more than 2.7 million deaths in the U.S. in 2015 amounted to nearly 21.4 million potential years of life lost. African-Americans accounted for 20 percent of these years despite representing only 13 percent of the U.S. population.

This incredible number of potential years of life lost brings focus to deaths with high societal and economic impact.

“Homicide research is dramatically underrepresented in public health research in terms of grant funding and publications,” said Rosenberg. “This lack of investment threatens to perpetuate a system that disadvantages the health of black Americans.”