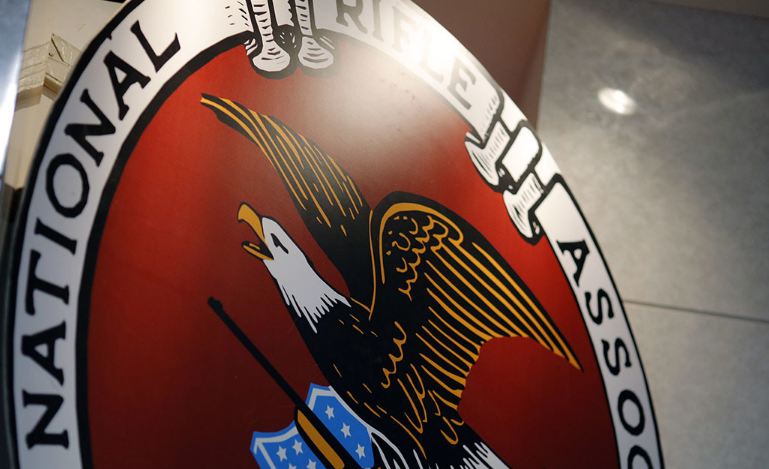 Not a peep had been heard from the National Rifle Association (NRA), which loudly champions unrestricted gun ownership in the United States, following the horrific “Las Vegas Massacre” in which an elderly white American man shot dead at least 59 people while injuring 527 others in Las Vegas, Nevada on Oct. 1.

Las Vegas, NV, United States (4E) – Not a peep had been heard from the National Rifle Association (NRA), which loudly champions unrestricted gun ownership in the United States, following the horrific “Las Vegas Massacre” in which an elderly white American man shot dead at least 59 people while injuring 527 others in Las Vegas, Nevada on Oct. 1.

How one man — 64 year-old retiree Stephen Paddock from Mesquite, Nevada — could kill and wound so many in just 15 minutes with an arsenal of 19 assorted firearms (including 10 rifles such as an AK-47 and probably an M-249 Squad Automatic Weapon) has reignited with a vengeance the long simmering and intractable debate about unrestricted gun ownership in the country.

Democrats have long fought for gun controls while Republicans, with NRA backing, are adamantly against it citing the Constitutional right to bear arms in the 2nd Amendment.

The NRA’s usually voluble social media accounts became strangely silent after the gruesome atrocity in Las Vegas. Nothing has been heard from the NRA’s Twitter accounts such as @NRA or associated accounts like @NRATV, @NRAblog and @NRAILA.

But that’s par for the course for the NRA. In previous mass shootings, the NRA waited for weeks so emotions could simmer down before making a statement.

As for now, however, the NRA hasn’t said a word or even acknowledged the Las Vegas Massacre on Twitter.

It’s hasn’t issued any statement whatsoever and has refused numerous requests media requests for comments related to the massacre and gun control. Judging from its past history, the NRA will definitely issue a statement but will likely preface it with a take on one of its favorite lines that “The only way to stop a bad guy with a gun is with a good guy with a gun.”

That wouldn’t have helped in Las Vegas since Paddock sprayed hundreds of rounds at a helpless crowd of revelers 400 yards below his hotel room at the 32nd floor of the Mandalay Bay Hotel along Las Vegas Blvd.

Following the shooting at Virginia Tech in 2007, the NRA waited four days before releasing a statement. It took the NRA one week to respond to the Sandy Hook massacre in 2012.

In both cases, the NRA said more guns were needed to stop these murders.

There have been 273 mass shooting in the U.S. in 2017 alone (including Las Vegas), said the Gun Violence Archive, a nonprofit that tallies gun-related death and injury reports based on official records.

This organization defines a “mass shooting” as any incident in which at least four or more people (excluding the gunman) are shot.