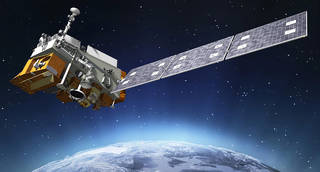 Weather forecasting and tracking of early warning of environmental disasters will get even better. Environmental scientists will now have access to a more accurate and real-time weather and environmental information, which was not possible before.

Cape Canaveral, FL, United States (4E) – Weather forecasting and tracking of potential environmental disasters will get the needed boost as NASA is set to launch the first of four constellation satellites known as the Joint Polar Satellite System (JPSS) on 10 November 2017 at 4:47 a.m. EST atop the United Launch Alliance (ULA) Delta II rocket from the Space Launch Complex 2 at Vandenberg Air Force Base in California.

The JPSS-1, a next-generation environmental satellite, is part of the National Oceanic and Atmospheric Administration (NOAA) project in partnership with NASA to provide improved weather forecasting and to track environmental disasters such as forest fires and droughts.

The JPSS-1 will join Suomi National Polar-orbiting Partnership, launched jointly by NASA and NOAA in 2011, which has been the primary environmental satellite until the launch on November 10.

Once in orbit, the satellite will travel around Earth in a polar orbit passing above the equator 14 times per day, gathering real-time information, such as measurement of the atmosphere, conditions of the land and ocean, vegetation, clouds, rainfall, snow and ice cover, fire, water vapor, and ozone.

With the first of the constellation satellites in orbit, environmental scientists will have access to accurate warnings of hurricanes, tornadoes, and blizzards.

The data from JPSS constellation system will be made available to all domestic and international end users as part of the US support to the Global Earth Observation System of Systems (GEOSS).