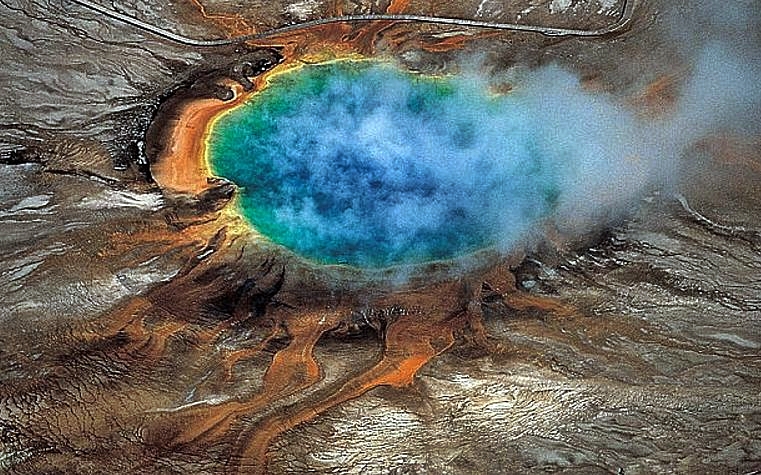 NASA has a plan to mitigate the destruction caused by the next monstrous eruption of the Yellowstone supervolcano — the largest and most dangerous volcano in the United States and the world.

Yellowstone, WY, United States (4E) – NASA has a plan to mitigate the destruction caused by the next monstrous eruption of the Yellowstone Supervolcano — the largest and most dangerous volcano in the United States and the world.

Never mind this expected eruption should take place one million years from now. NASA seems to believe there’s no time like the present to do something.

The Yellowstone Supervolcano or the Yellowstone Caldera has a size of 25 miles x 37 miles (40 km x 60 km) and was formed after the last Yellowstone eruption 640,000 years ago.

Yellowstone’s three previous monstrous eruptions occurred two million, 1.3 million and 640,000 years ago. For the record, however, the U.S. Geological Service (USGS) estimates the chance of Yellowstone exploding in the coming centuries is very low.

But the consequences of this eruption will be catastrophic, and that eruption might come far sooner than expected.

NASA plans to diminish the destructive effects of the massive cloud of volcanic ash the supervolcano will spew forth once it erupts. Scientists estimate this deadly ash cloud will engulf an area some 800 km wide.

The ash will leave the entire West and parts of the Midwest as far as Chicago covered by up to 10 centimeters. The ash clouds will also emit vast quantities of toxic gases.

NASA, however, has a $3.46 billion solution that could keep it from happening at all.

NASA plans to drill into both sides of the supervolcano outside the boundaries of Yellowstone National Park. Water would be pumped into one side, and back out of the other at high pressure.

The incoming water should cool the volcano. Upon exiting the other side, the hot water will generate steam, which can be used to provide electricity to surrounding residents. The exiting water might reach temperatures of around 350 degrees.

If successful, NASA’s method should cool Yellowstone at an estimated rate of one meter per year. At that rate, it will take thousands of years to cool the caldera sufficiently, and even longer to ensure it no longer threatens eruption.