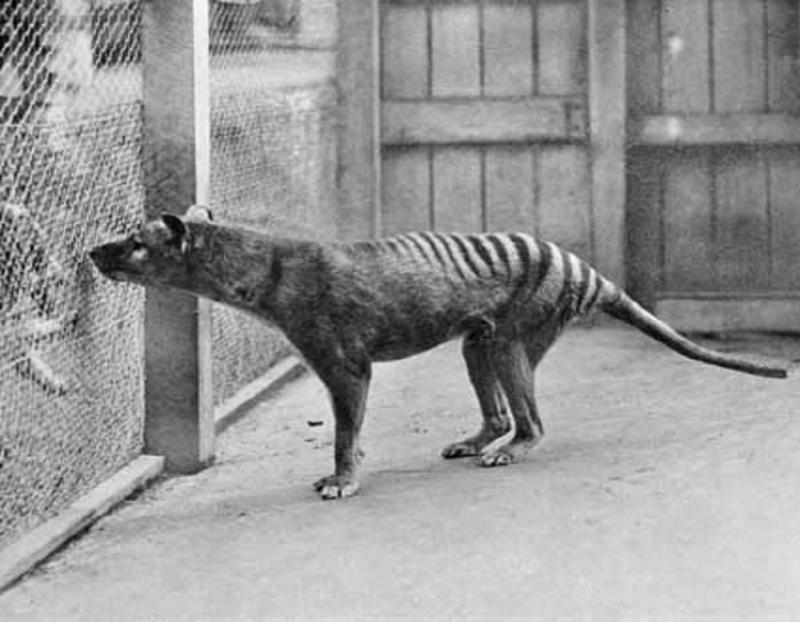 A study conducted by researchers from Adelaide University said climate change was the main cause of the extinction of thylacines, known as Tasmanian Tiger, some 4,000 years ago. The results help explain the mysterious disappearance of the meat-eating marsupial from mainland Australia but survived in Tasmania.

Adelaide, Australia (4E) – A team of researchers from the University of Adelaide has traced the mysterious disappearance of Tasmanian Tiger from mainland Australia to climate change that happened about 4,000 years ago.

The Tasmanian Tiger, thylacine (Thylacinus cynocephalus), is a meat-eating marsupial. About of the same size and shape of medium- or large-sized dog, it has stripes on its back similar to that of the tiger and an abdominal pouch in both sexes.

“Thylacines once lived across most of the Australian mainland, but by the time Europeans arrived in the late 1700s they were found only in Tasmania,” lead researcher Dr. Jeremy Austin said.

The thylacines became extinct “about 150 years later, with the last of the species dying in Hobart Zoo in 1936.”

The disappearance of the Tasmanian Tiger from mainland Australia but continued to survive in Tasmania had baffled scientists for years.

Austin said a number of reasons that caused their disappearance include climate change, increased human activity, and dingo’s introduction.

Austin, joined by several other researchers from the Australian Centre for Ancient DNA, used the technique that uses the 51 thylacine mitrochondrial DNA (mtDNA) genome sequences generated from the fossil bones and museum specimens to determine the cause or causes of the extinction.

Ph.D. student and first author of the study Lauren White said the objective of the study was “to understand why thylacines went extinct on the mainland but survived in Tasmania.”

Based on the genetic evidence, the researchers found out the thylacines were concentrated into two groups, the eastern and western groups, some 25,000 years ago or the Last Ice Age Peak. The western group was larger and more diverse than the known Tasmanian population, the study published in the Journal of Biogeography said.

The western group, according to the researchers, had remained in Western Australia until their extinction from the mainland some 3,000 years ago.

The mtDNA samples, Austin said, had revealed a narrative of the rapid disappearance of thylacines during the period. Other factors such as inbreeding or loss of genetic diversity were ruled out as the likely cause.

“Climate change from about 4,000 years ago, in particular, more drought-prone seasons caused by the onset of the El Nino-Southern Oscillation (ENSO), was the like main cause,” Austin said.